Over twenty years research in the Charles Coulomb Laboratory (L2C) in Montpellier have culminated in an understanding of the physical phenomenon of plasma Terahertz oscillations in the nano-structures based on semi-conductors. This work has highlighted the possibility of using nanometric-sized transistors as sources and sensors of Terahertz radiations at ambient temperature. This research was initiated by the theoretical work of Professor Michel Dyakonov and validated experimentally by the laboratory’s Terahertz spectroscopy team (Wojciech Knap, Fréderic Teppe, Dominique Coquillat, Pierre Solignac and Nina Dyakonova). The publication of over a hundred articles in international journals, the lodging of several patents and many guest presentations in international conferences on this topic have brought international recognition in the field of Terahertz radiation to the L2C team. 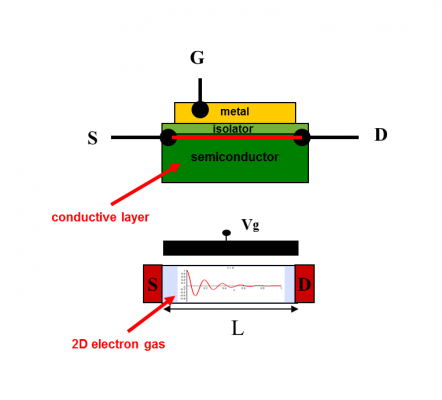 After several upstream maturation phases and an incubation period at Languedoc Roussillon Incubation (LRI) in Montpellier, supported by the Montpellier urban area (BIC) and Oséo, a first stage was overcome with the manufacture of a selective Terahertz sensor and 2D imaging system. 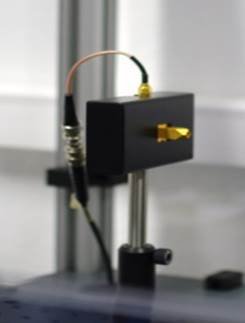 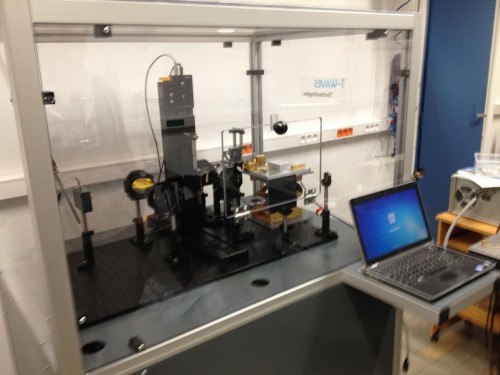 This boosted the creation of Terakalis in Montpellier in October 2013 and at its first attendance in an international industrial salon (ENOVA in Paris), it was awarded the 2013 Innovation Trophy for a terahertz 2D imager. This was a sign of recognition by the profession and underlined, because of this, its innovative nature and its consistency with the sector’s expectations.

Having won the 2014 national contest to assist in creating innovative technology companies organised by the Ministry of Higher Education and Research and supported by the Banque Publique d’Investissement (BPI France), we launched an R&D programme and ambitious recruitment plan in September 2014.

Study on our platform based on 5 samples (test piece or final product) and problem description.
Contact us